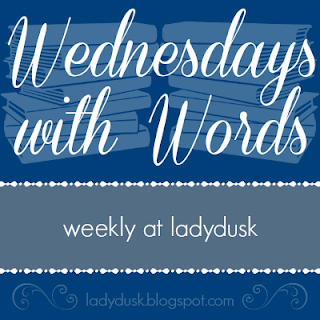 This month we’ve spent time with a favorite author, Elizabeth Enright, in two of her summertime stories.  Return to Gone-Away, the second of the pair, is full of delightful descriptions.  This one almost makes me want a kitten.  Almost.  🙂

Mr. Ormond Horton had been as good as his word; he had brought Portia one of his cat’s best kittens.  He (it was a he-kitten) was little and gray, with tabby stripes on his sides like the wavery marks on watered silk, and eyes that were still blue because he was so young.

He did all the things a proper kitten should do.  He romped, rolled, pursued his tail delightfully, tapped at a thimble with his perfect paw.  He could flatten his ears, crouch, growl and stalk like a tiger.  He could purr a miniature purr and wash his face better than Foster could.  At dusk, small though he was, he could be quite alarming as he humped his back up, bushed his tail, and danced sideways eerily at something no one else could see.

Julian had named him, though Portia had planned to.  He had just scopped the kitten up in his hand and said:  “Here you go, Mousenick,” and the name had stuck.

Everybody in the family liked him, and Gulliver and Othello did not mind him.  As for Portia, whenever she looked at him, her heart melted.  (140-141)