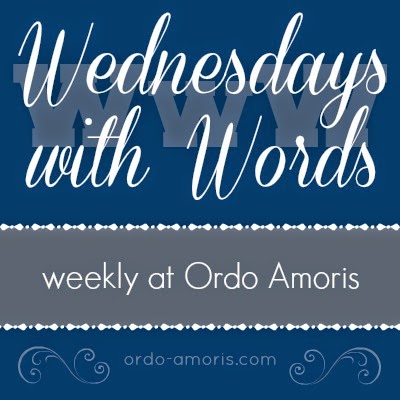 Some authors just have the art of description down to perfection, and Elizabeth Enright is one such author.   This excerpt ends chapter five of The Saturdays, in which the youngest Melendy, six year old Oliver, spends his Saturday running off to the circus, unbeknownst to the older Melendys, and gets lost on his way home.  A mounted police officer rescues him.

For now, no longer overshadowed by stomachaches or unhappy apprehensions, the memory of that ride had become a radiant thing.  He remembered the horse’s two pointed ears that could move independently of each other, and its brawny, arching neck with the tidy black mane; and its strong, healthy smell.  It was sort of like riding on a boat, only better because it felt alive, and you were higher up.  And behind, immense and gorgeous in his uniform, rode the officer of the law who had befriended him.  Oliver remembered how he held the reins in white gloved hands the size of baseball mitts.  The splendor of that ride would never die.

Another word picture I love is this one from Saturday Eight when they’re packing for a summer at the seaside (and in a lighthouse, no less!):

All over the house suitcases gaped open hungrily and two ancient trunks were slowly being fed, bit by bit:  delicious morsels such as Oliver’s overalls, Mona’s party dress, assorted bathing suits, six pairs of sneakers, Beethoven’s Sonatas, the Milk of Magnesia, the iodine, three rolls of adhesive tape, litters of socks and scores of other things.  The trunks had been in the family for years and years and were encrusted with labels fro far places.

This story is a joy to read,  from beginning to end.