Hanging Off Jefferson’s Nose:  Growing Up on Mount Rushmore by Tina Nichols Coury is just the sort of nonfiction we like:  heavy on the story, but also on the facts–one that when we close it, we feel like we’ve both been entertained and learned something.  Hanging Off Jefferson’s Nose relates the story of Lincoln Borglum, son of sculptor Gutzon Borglum, who lived in South Dakota’s Black Hills from the time he was twelve or so until his death in 1984.  Gutzon Borglum had the idea to carve the visages of a few of the presidents who profoundly shaped our nation into a mountain-sized monument.  After securing financial backing from local businessmen, Gutzon and Lincoln began the task of looking for just the right mountain to carve, and finally, it was time to begin.  This narrative takes the reader through the process and problems encountered.  Behind it all is Lincoln, growing up in the shadow of this great mountain and learning all the jobs himself, which is a good thing since he became the superintendent of the project, and later, the sculptor, himself before the monument’s completion.  Sally Wern Comport‘s illustrations showcase the grandeur and majesty of the monument, as well as the emotion and toil involved in its creation.  My girls were quite interested in the story, especially because Steady Eddie and I visited Mt. Rushmore in our early years of marriage, and they know it’s a place we plan to take them back to visit one day.

My only real quibble with this book–and it’s a small one–is that the title of the story is not really indicative of its tone.  I don’t usually appreciate sensationalized titles, and I feel like this one is a bit sensationalized.  Nothing really exciting happens, unless you consider all the problems the Borglums and their crew encountered in the making of the monument.  The title just set me up to expect an accident or something death-defying, but if you go into it with the expectation that it’s a good story for sharing a bit of Americana with elementary-aged children, you won’t be disappointed.  (Dial Books for Young Readers, 2012)

And now, without further ado, here are your posts for this Nonfiction Monday:

Travis at 100 Scope Notes shares My First Day by Steve Jenkins and Robin Page, a book which provides a look at animals in their first hours of life.  We’re huge Steve Jenkins fans around here, so this looks like a must-read for us!

Ms. Yingling Reads shares the book Animals Welcome:  A Life of Reading, Writing and Rescue by Peg Kehret.   This nonfiction memoir by Peg Kehret, prolific author of middle grade fiction, she discusses her life with wild and domesticated animals and her experiences running a cat sanctuary from her home. 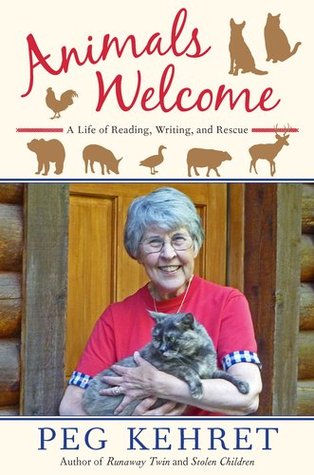 Sue Heavenrich of Sally’s Bookshelf shares another animal rescue book, this one a National Geographic Kids Chapters book.  Tiger in Trouble!  And More True Stories of Amazing Animal Rescues by Kelly Miner Halls answers the question “What happens to tigers–and other wild pets–when their owners can’t take care of them?”  This looks like a fantastic reader for any animal-loving kid. 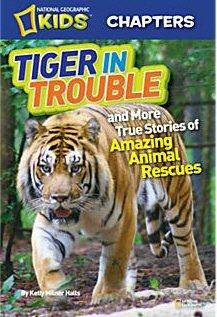 Jennifer Wharton at Jean Little Library shares an interesting title:  Unusual Creatures by Michael Hearst.  This book is a collection of poems, comics, and information about unusual creatures, but you’ll have to read Jennifer’s review to find out why someone like Lemony Snicket would write a blurb for this title.  Very unsual.  Very interesting. 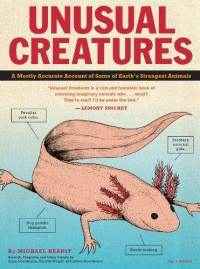 Both Anastasia at Booktalking and Alice at Supratentorial share this tempting title, Monkey Colors by Darrin Lunde.  Although written in such a way that even a preschooler can appreciate this book, it definitely covers enough territory to satisfy even older children.  Given the fact that my two year old claims to be a brown monkey, I think this one would be a hit here at the House of Hope.

Roberta at Wrapped in Foil shares an interesting historical title, The House That George Built by Suzanne Slade.  Written in a dual poem/informational text format, this book discusses how George Washington oversaw the building of the White House.  This looks like a must-read for us, and as Roberta says, it’s just in time for President’s Day.

Jeanne Walker Harvey at True Tales & A Cherry on Top shares the title Rachel Carson and Her Book That Changed the World by Laurie Lawlor.  This book highlights Rachel Carson’s bravest action in a very adventurous career:  the writing and publishing of her book Silent Spring. 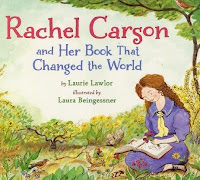 Jeff Barger at NC Teacher Stuff shares a DK First Facts book entitled Seasons by Marie Greenwood.  Jeff writes from a teacher’s perspective about this beginning reader, pointing out both pertinent facts about the title and how it can be used in an educational setting.

Mary Ann Scheuer at Great Kid Books shares a nonfiction book app, Bats:  Furry Fliers of the Night by Mary Kay Carson.  Mary Ann says, “This app layers clear text with interesting diagrams, photographs, and interactive features.”  It is also a Cybils finalist in the book app category for this year.  Book apps are uncharted territory here at the House of Hope, but this one certainly sounds like a good place to start. 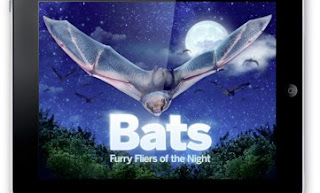 Laurie Ann Thompson shares the book Candy Experiments by Loralee Leavitt.  This book, which is “a fun and exciting collection of science experiments, all of which use various kinds of candy,” looks like a homeschooling family’s dream.  I know my girls would love it.  Don’t miss Laurie’s review and interview with the author!

Cindy Dobrez and Lynn Rutan at Bookends share a couple of new books from The Eye on the Wild Series by Suzi Eszterhas.  Eszterhas is a wildlife photographer who chronicles the development of babies from endangered species to adulthood in this series.  This books look perfect (and irresistible!) for the youngest readers.

Sondra Elklund at Sonder Books shares her top nonfiction picks of 2012, with the number one pick being How Many Jellybeans?  by Andrea Menotti and Yancey Labat.  I love book lists, and there are a few new-to-me titles on Sondra’s.  Don’t miss this post!

Many, many thanks to all the fabulous book bloggers from the Kidlitosphere who made this Nonfiction Monday a success!